Last Sunday we took our girls to see the musical stage production The Lion King in Toronto’s theatre district. It was a fun family outing but there was a bigger plan in play.

I LOVE musicals and have many fond memories of the shows my parents took me too when I was young. My siblings and I enjoyed performances in our hometown of Halifax but also when travelling as a family to Toronto, Stratford, Chicago, NYC and London. I’m now hoping to foster the same love of theatre and travel in my own children. 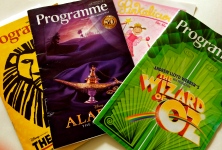 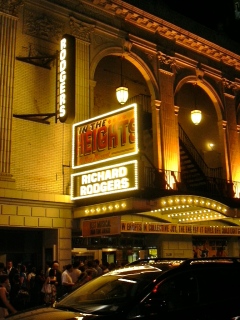 When I started traveling on my own, I continued the trend my parents had started by taking in live theatre/stage productions around the world. When in China I spent an afternoon in Beijing at a colourful matinée performance that show-cased amazing acrobatic talents. In Australia, I went to my first opera at the Sydney Opera House. I left after the second intermission. I had no idea what was going on and was desperate for a set change. The opera is not for me. But, I also saw the musical Joseph and the Amazing Technicolor Dreamcoat while in Melbourne, which I DID enjoy.

In Bangkok, I took in a fabulous drag queen show and in Cuba I enjoyed a spectacular cabaret at the Tropicana. 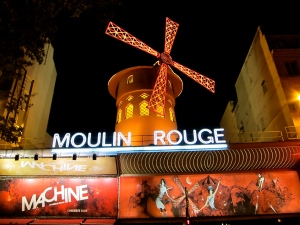 My husband and I made a point of seeing the infamous cabaret at the Moulin Rouge when we were in Paris but the most memorable performances, for me, were those that took place in the more rustic, open-air venues in Zimbabwe and Australia’s outback that were dedicated to the native music and dance.

I think taking in live theatre while travelling is a GREAT way to experience the culture of a country. It can show-case talents that have been loved and fostered within the country and give you a new perspective on the culture of different cities and nations.

Living in Toronto I’m fortunate to be able to see all the big musical productions that either debut here or come after a successful stint elsewhere. A few years ago my mother started a new tradition that involves my sister and I joining her in NYC every December to take in a Broadway show and enjoy the city. This past December, we enjoyed the Tony-award winning musical Kinky Boots, which is coming to Toronto in June 2015. 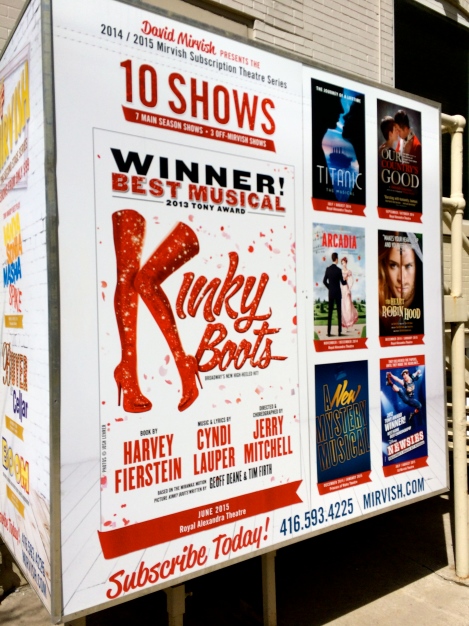 Now that I have my own family, I’m hoping to instil this same love of theatre (especially musicals!), and travel, in my girls. We’ve been exposing them to live theatre for quite some time now. We started with Sesame Street and Mickey Mouse & Friends productions and then moved on to a few musicals that were based on popular children’s books – Pinkalicious and Freckle-faced Strawberry. 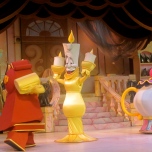 Now they’ve finally arrived at the age where we can take them to performances that entertain the whole family. Over the past year or so they’ve enjoyed The Wizard of Oz, Beauty and the Beast, Aladdin and now, The Lion King. They can’t wait for Frozen to hit the stage!

Next up for me is The Book of Mormon which is returning to Toronto in September for a brief run. I missed it the first time but I’ve already got my ticket for its return. For my girls, we’ll be taking them to see the looooong running musical production of Anne of Green Gables this summer on Prince Edward Island. I saw it numerous times growing up and I hope my girls love it as much as I did. 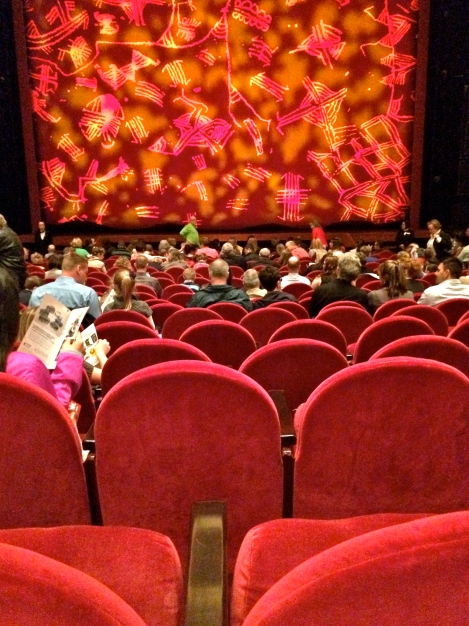 Do you enjoy musicals? Have a favourite? When you travel do you make a point of taking in live, local theatre?

If you’re planning a trip to Toronto this summer or are looking for a great evening out with the family, The Lion King runs until June 15 and coming this summer is the musical Titanic. You can check out show times and ticket prices here.  The theatre district in Toronto is a bustling one with LOTS of pre- or post-show dining options. Enjoy the show! 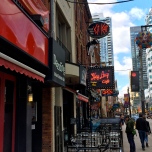 9 responses to “All The World’s A Stage”