I remember seeing the movie Eyes Wide Shut – a movie about jealousy and sexual obsession starring Nicole Kidman and Tom Cruise – just after it was released. I had heard about some of its risqué scenes and was more than curious to see what all the hype was about.

Seeing that movie is the full extent of my knowledge of film-maker Stanley Kubrick’s body of work. I’m aware that he also made 2001: A Space Odyssey, The Shining and A Clockwork Orange (among others) but I’ve never seen any of his films other than Eyes Wide Shut. 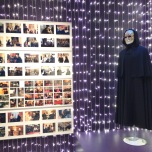 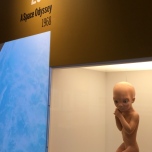 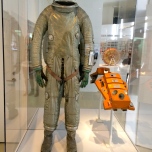 I recently learned that a special exhibition of the life and work of Kubrick was making its Canadian debut here in Toronto at the Toronto International Film Festival’s (TIFF) Bell Lightbox and thought it would make for a great adventure during my month-long adventure-a-day quest. I love movies and Kubrick certainly has made an eccentric collection of films so the exhibit was bound to be interesting. I had everything learn and nothing to lose. 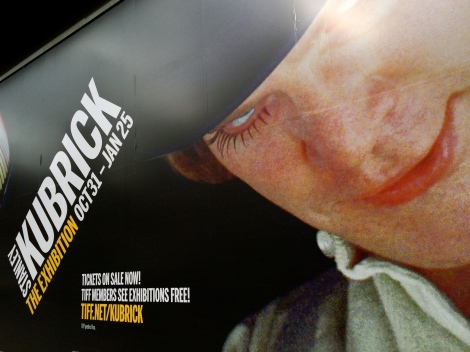 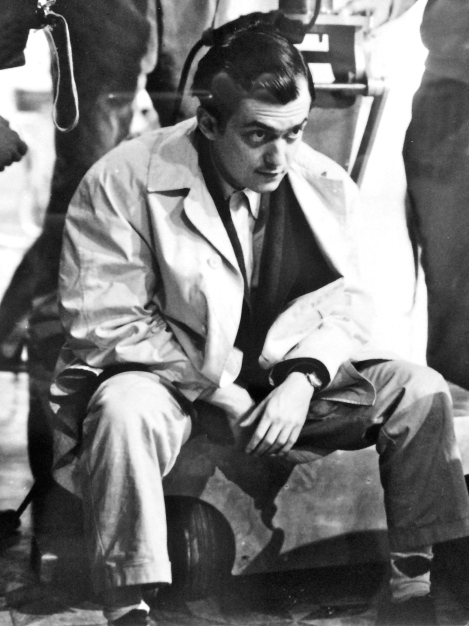 For starters I got to travel downtown, in the middle of the day, on a week day. That almost never happens. Then I had the opportunity to discover much about an interesting and talented film-maker who wasn’t afraid to make provocative films.

The exhibit shared lots about his early films and I was particularly impressed by the fact that he was essentially a self-taught film-maker. He shot the independently financed film Killer’s Kiss near his apartment in New York City and didn’t secure any permits to do so in order to keep the cost of the film low. He also had to play multiple roles, both on and off camera, to get the film made. This passion for films served him well with his later, better-known films. 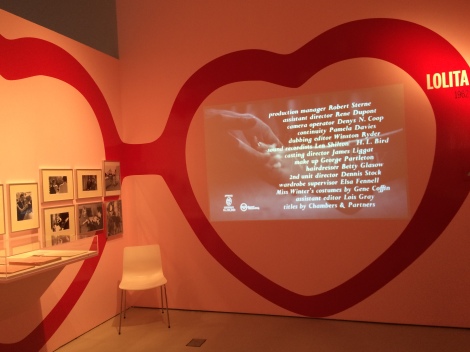 While a number of his films attracted controversy, namely Paths of Glory, Lolita and Dr. Strangelove, Kubrick’s most contentious work was his film version of Anthony Burgess’ A Clockwork Orange; a novella steeped in extreme violence.  Amidst much controversy, the film was removed from circulation in the UK, where Kubrick did most of his work, in 1974 and was not re-released in British cinemas until some 25 years later, after Kubrick had passed away. 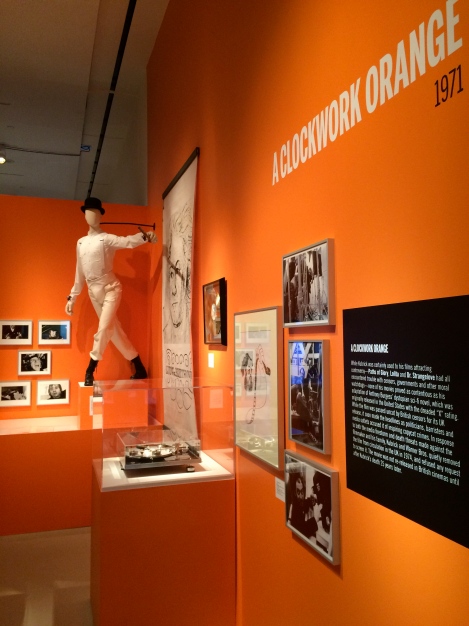 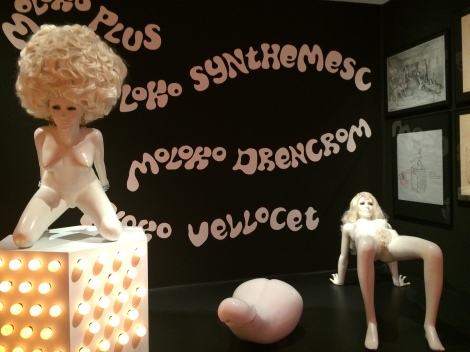 One film I have always been curious about but have never seen is The Shining (1980). I’m familiar with so many images from the film (those eery twins in the blue dresses) and quotes (“Here’s Johnny!”) and yet I’ve never seen it. It’s a film well referenced in popular culture. I don’t generally do well with horror or thriller movies – I had to shower with the curtain open for 6 months after watching Psycho – but now I’ve been inspired to give The Shining a try. Perhaps the lack of modern-day special effects will make it seem less disturbing to me than it would have years ago?? Maybe?? 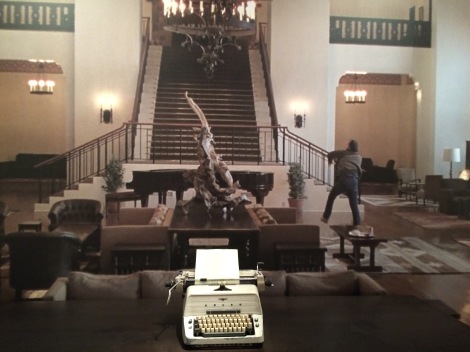 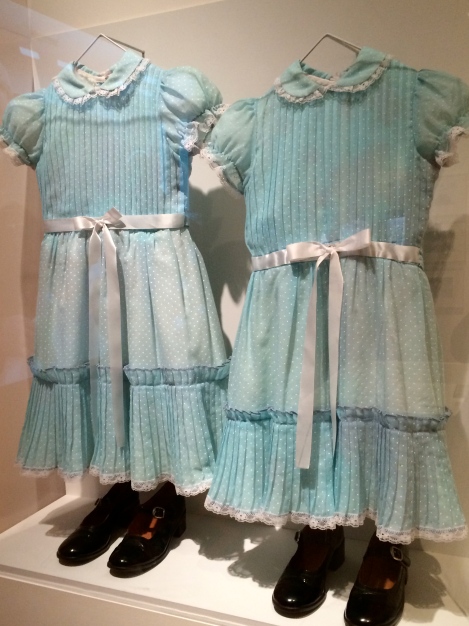 Kubrick died in his sleep from a heart attack on March 7th in 1999, just 6 days after screening a final cut of Eyes Wide Shut to his family and the actors starring in the film. He was seventy. His passion for films had served him well. I hope I’m still doing what I love when I’m 70.

Not all of Kubrick’s movies are of interest to me but I must say that after learning more about his approach to film-making – his attention to detail, the importance he put on the music used in the film and seeing the full breadth of his work – I’m impressed.  He earned numerous awards and nominations over his career and apparently, the TV series The Simpsons contains more references to Kubrick films than any other pop culture phenomenon. That’s got to count for something, right!

My adventure into the world of Stanley Kubrick was both educational and entertaining. It was an adventure well spent.

Do you have a favourite Kubrick film? Did you have an adventure today?