When a friend’s credit card presented the opportunity to try 12 different French wines paired with 4 French entrées by Canada’s only 3 Master Sommeliers, I said oui! I’ve been reminiscing about Paris lately so the timing was perfect.

My husband and I arrived at Toronto’s STOCK restaurant just moments before the Master Sommelier Challenge was scheduled to begin. After a short reception complete with champagne and canapés, we took our seats to begin what was promising to be a whopping 13+ drinks kind of night.

The emcee took to the podium and gave us the low down on what he referred to as the ‘Master Sommelier’s smack down’. With each entree we were going to be presented with 3 wine pairings, one chosen by each of the 3 competing Master Sommeliers – Bruce Wallner, Jennifer Heuther, and John Szabo. After each entree we voted for our favourite wine pairing. Here’s how our calorie laden night unfolded.

I can tell you now that EVERY dish was ridiculously delicious – merci! Chef Geno Santos. The only challenge was in choosing which wine pairing was the best. Each Master Sommelier had a chance to explain (and defend!) their pairing choice and yes, despite the sophisticated setting, there was a healthy dose of tasteful trash talk.

As far as the voting went, my little group of revellers was all over the map. My husband and I didn’t choose a SINGLE wine in common. We had fun debating our choices though and I discovered a personal preference for Châteauneuf-du-Pape wines. 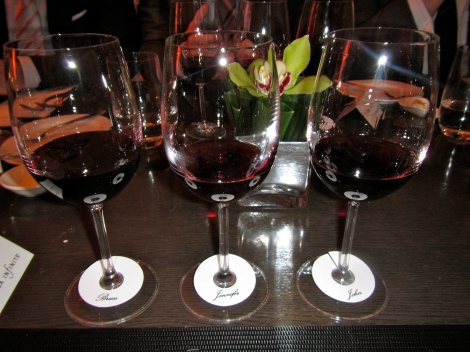 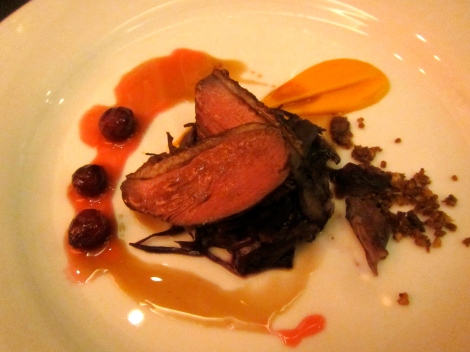 The last entree was preceded by a palate cleanser that, I think, was layered frozen, shredded beet and celery. The consensus at my table was that it tasted a lot like a virgin Caesar cocktail. 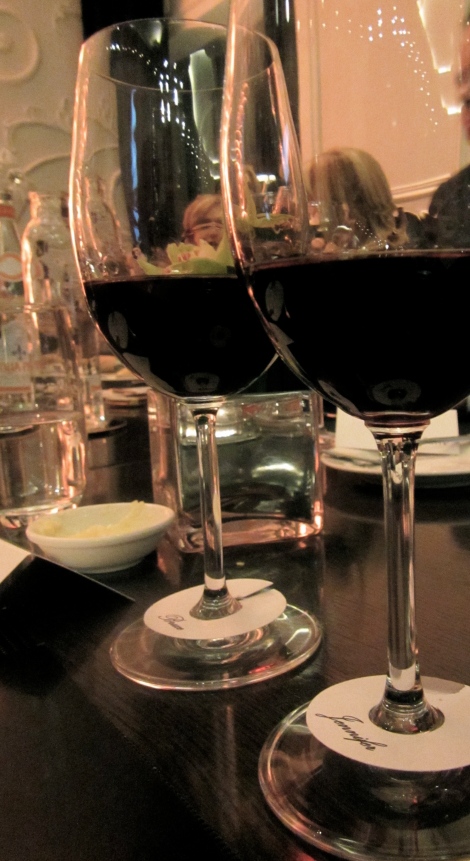 The drinks didn’t stop there. After the wine pairings, we were presented with a cheese course paired with a Niagara Oast House Brewers’ Chocolate Milk Stout and then apple crisp followed by a Meukow cognac. Phew! 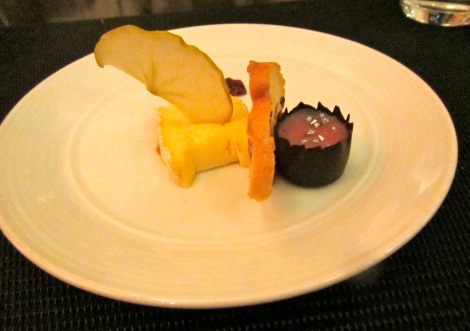 Once the votes were tallied, the winner was announced. Kudos to the witty John Szabo. I chose his wine pairing for 3 of the 4 entrees. Kudos to clever me as well.

To indulge this French trend a little longer, I’ve signed myself up for a French gourmet cooking class. Stayed tuned for those kitchen ‘highlights and horrors’ next month. In my defence, I have a twin sister and I swear she sucked up all the culinary genes in the womb when I wasn’t looking.

6 responses to “They called it a ‘Master Sommelier smack down’ and I had a seat at the table.”