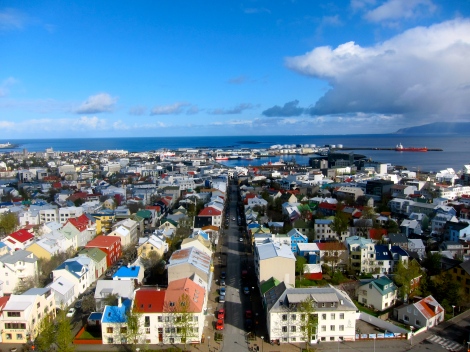 I’ve been fascinated with glaciers and icebergs ever since a memorable hiking experience on New Zealand’s Fox Glacier. Because of that experience, a few years ago I told my husband I wanted us to go to Iceland, to the land of fire and ice, to visit Jökulsárlón. Not long after that conversation we were on a flight to Reykjavik.

It was still dark out when we hopped into a mini van the next morning to head out to the otherworldly glacial lagoon. I knew it was a full-day trip but it turns out, we were on the milk run. Once out of town we made one stop after another. Most of these stops were purely for the entertainment of ‘us’, the tourists.

When we FINALLY arrived at Jökulsárlón it was late afternoon and we immediately jumped onto a boat that took us for a slow cruise around the lagoon. This was most definitely the best way to admire the very nordic scene that laid before us. We were right in amidst the icebergs. Huge chunks of ice continuously break off the glacier Breiðamerkurjökull and float into the lagoon creating a beautiful floating parade of icy masterpieces. It was a postcard of crystal and every shade of blue imaginable. And it was everything I had hoped it would be. 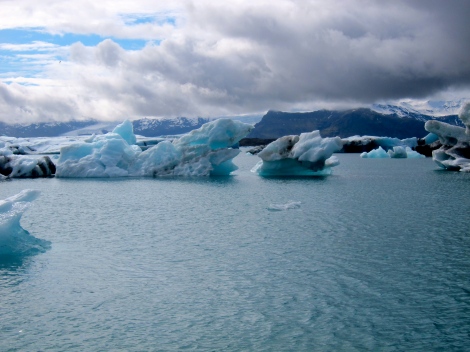 Before we knew it, it was time to head back but the milk run wasn’t over. We stopped for more gas and then another snack. This time the stop was for the pure entertainment of our Icelandic tour guide. He presented us each with a tasting of Hákarl (putrefied shark) and a shot of Brennivín (aptly dubbed Black Death). To say that either is an acquired taste is generous. 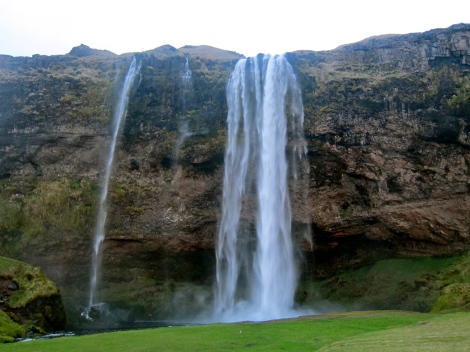 By the time we pulled into Reykjavik it was past midnight. The sun had fully set, bringing both the day, and our milk run to Jökulsárlón, to an end. I’d do it all over again.

7 responses to “The milk run to Jökulsárlón”