A few weekends ago my husband and I flew to New York City for a concert. It was a short trip. VERY short. We flew in Friday afternoon and left the next morning. But it was definitely worth it. 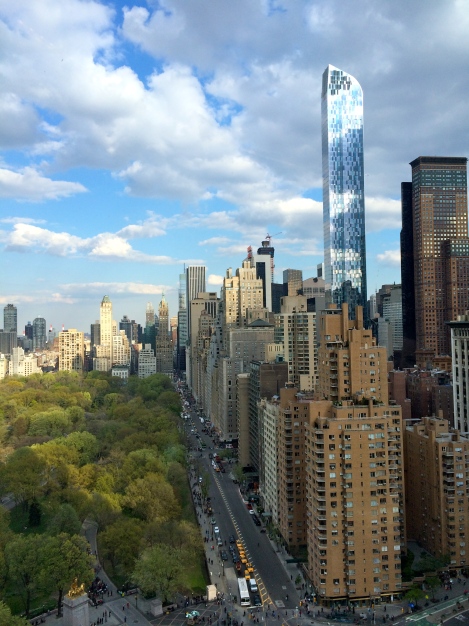 We were there to meet up with friends to attend a concert; Rodrigo y Gabriela’s 9 Dead Alive tour. We flew in on a Friday just after the lunch hour, dropped our bags at our digs for the night (The Court) and headed straight for Bryant Park to take in the late afternoon sunshine and a few patio pints. Spring hadn’t yet arrived in Toronto at that time so we were in heaven sitting there in the sun with our Coronas. 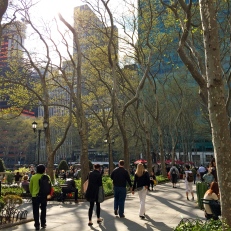 The park quickly filled up as people started getting off work and joined us on the patio for drinks. It felt like the first hot day we’d felt in months – probably because for us Canadians, it WAS! One beer turned into 2 and so on. Eventually we gave up our seats and strolled across town to dinner; a popular Mexican restaurant across from the Lincoln Centre. If you recognize the divers on the restaurant’s water wall, you’ll know the place. 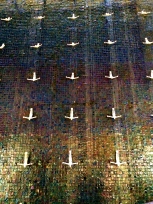 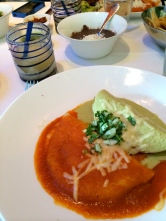 It seemed fitting to be sipping on lime margaritas and tucking into bowls of guacamole, enchiladas, hot salsas and churros when our whole reason for being in NYC was to enjoy the sounds of the Mexican acoustic guitar duo Rodrigo y Gabriela. The show took place at the Beacon Theatre (Broadway and 72nd Street), the perfect neighbourhood theatre. Opened in 1929, the Beacon Theatre is Radio City Music Hall’s ‘older sister’ and has played host to numerous famous musicians such as The Rolling Stones, Jerry Garcia, Aerosmith, Michael Jackson, James Taylor and Queen.

Although a Mexican duo, Rodrigo y Gabriela aren’t described as having a ‘Mexican’ sound. Their style is quite unique and highly influenced by rock music. Fast, rhythmic and almost percussion-like at times their guitar playing is impressive! 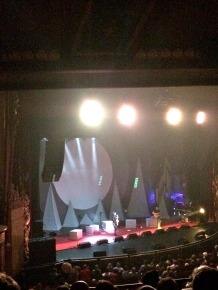 The lime margaritas at dinner were VERY strong and were starting to kick in so when the concert ended and we found ourselves sitting at the bar of a local pub afterwards I decided to veer away from the beer and instead tried one of the other house specialities on the menu – root beer on tap with a side of pickles. (??) In hindsight, this wasn’t the best ‘follow-up’ to my late-afternoon beers and dinner margaritas but at the time I thought I was being quite clever to choose soda over alcohol. The next morning I realized my error. Nobody needs pickles after midnight. 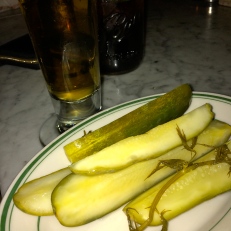 In the morning, all we had time for was a quick breakfast at the hotel and then we were off to the airport. 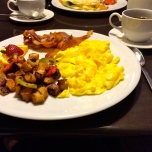 Our getaway was all wrapped up in a NY minute but it was a fun and memorable one. If you have the chance to check out Rodrigo y Gabriela during their 9 Dead Alive tour, don’t miss out.

Have you have travelled a great distance or taken great expense to see a group perform? Have you ever ended an evening of drinking with a pickle? ;)